Cryptocurrency is not all about Bitcoin, Ethereum, and Ripple. There are thousands of cryptocurrencies that are traded in the crypto market. And, some of them are not like the traditional Bitcoin but are pretty bizarre. With Bitcoin’s market cap now surging past $100 billion, and about $6.6 billion digital tokens traded every day, it is evident that the crypto and the blockchain space are exploding at the moment.

What is the reason for the cryptos to be thriving in the markets?

There are quite a lot of reasons to show interest in cryptos. These Digital currencies are powered by a distributed ledger and are not under the control of the central authority. They also offer other advantages like anonymity, transaction transparency, and facilitation of cross-border trade.

In this growing space of cryptocurrencies, there are some unique and creative cryptocurrencies that have emerged in the market. They are operating along with the big-time players like the Bitcoin, Ethereum, and some of the other popular altcoins. Some of these cryptos are solving unique problems and are expanding to the extent that they have multi-dollar market caps.

Some of the existing bizarre cryptocurrencies

PotCoin is a cryptocurrency which was created with the aim of becoming the standard mode of payment for the legalized cannabis industry. The PotCoin website has described PotCoin as “an ultra-secure digital cryptocurrency, network and banking solution for the $100 billion global legal marijuana industry”. The PotCoin has got a market capitalization of $16 million.

PotCoin was released on January 21, 2014, via GitHub by three entrepreneurs from Canada, in the hope that it would be accepted by the legal cannabis industry. This is why PotCoin was launched as exactly at 4:20 pm (420 reference)

The website also mentioned that “PotCoins are digital coins you can send via the internet, which allow cannabis enthusiasts to interact, transact, communicate and grow together”.

Apart from PotCoin, DopeCoin is another cryptocurrency for cannabis enthusiasts. And, HempCoin is a digital currency which focuses on agriculture and farming side of things. This doesn’t end here, as there are many out in the market involved in marijuana and hemp-related activities.

SexCoin is another distinctive cryptocurrency which is apparently the first industry-specific cryptocurrency which aims to bring crypto to the Adult Entertainment World. Its goal is to create a safe coin where the decentralized Sex-coin can be used to make instant micropayment, send and receive gifts anonymously, and experience a secure adult entertainment. This coin has a maximum supply of 250,000,000 coins. And, the website claims that the SexCoin is completely anonymous and has nearly zero fees for receiving payments.

Inspired by the indefinable mineral from the film Avatar, the Unobtanium coin made its way in the world of cryptocurrency in the world in 2013. Well, this coin was created primarily to become the most “rare” cryptocurrency. This is the reason only a limited number of UNO coins were made available for mining. So, only 250,000 UNO coins will be mined for the next 300 years.

This coin was developed by Bryce Weiner, and it was launched such that it was not premiered, nor there was any ICO for it.

And, as far as the market cap is concerned, the UNO coin has a market cap of $11 million. 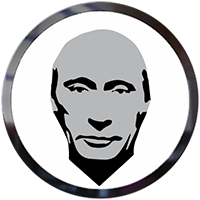 PutinCoin is a cryptocurrency which was mainly created to pay tribute to the people and the president of Russia. This coin was developed to support the fast-growing economy and market of Russia. Russia believes that this coin will bring in a lot of opportunities to businesses, traders, and social projects in several different ways as it is decentralized and uses blockchain technology.

PutinCoin was launched in 2016 and presently has a whopping market cap of $2.5 million. This is a pretty big number because it’s been only 2-3 years this coin has come into the market.

According to PutinCoin’s official website, PutinCoin will be of considerable significance to Russia and the international market and Crypto-community. Also, this coin is one of the first and biggest national digital coin concepts in the world.

Dogecoin is a cryptocurrency featuring the Shiba Inu dog from the “Doge” meme on the internet. It was initially introduced as a “joke currency” on December 6, 2013. Later, after a month or so, it developed its own community and reached a capitalization of $60 million in January 2014.

The production of the Dogecoin was so fast that 100 million coins were in circulation by mid-2015. Moreover, 5.256 billion coins were developed every year thereafter. This coin is referred to as an altcoin as well.

If we were to look at its history, Dogecoin was created by a programmer named Billy Markus. He created it as a fun cryptocurrency that could reach a broader demographic area than Bitcoin. On December 19, 2013, the Dogecoin plunged nearly 300 per cent in value in just 72 hours, jumping from $0.00026 to $0.00095. Also, the volume of Dogecoins was in billions. However, three days later, this coin experienced its first major crash by falling 80%.

Where all the Dogecoin was used back then?

The use of this coin is pretty straight-forward. For every ruble the customers spend in Burger King, they receive one WhopperCoin. And, once the customers acquire 1,700 WhopperCoins, they can redeem a Whopper burger.

One billion WhopperCoins had been released in the third quarter of 2017. This currency is stored in a digital wallet, and can be used to redeem a burger, and also can be traded in the cryptocurrency market just like any other coins.

Moreover, gushes Ivan Shestov, Burger King Russia’s head of external communications, said that, “Now the Whopper is not the only burger that people in 90 different countries love—it’s an investment tool as well.” “According to the forecasts, cryptocurrency will increase exponentially in value. Eating Whoppers now is a strategy for financial prosperity tomorrow.” – He further added.

These are some of the bizarre cryptocurrencies existing in the market. Despite being bizarre, these cryptos are solving some unique problems and are contributing to the overall cryptocurrency market capitalization. After all, these are the ones that keep this crypto space interesting. Stay tuned for more fascinating articles on Cryptos and Blockchain.

What Makes Radix The Most Powerful Distributed Ledger Technology In The World?

Initial Coin Offering (ICO) & Everything You Need to Know About it

Consensus Algorithms You Should Know Other Than PoW & PoS