The yellow metal prices surged dramatically on the back of the Trump announcement about fresh tariffs on China. Safe haven triggered due to United States President Donald Trump, who inflicted a new tax on additional Chinese products.

Gold traded was up 0.9% at $1,449 but slipped lower for correction. Overnight, the United States President Donald Trump imposed additional tariffs on Chinese imported goods, escalating the trade tensions between the world’s two largest economies. However, the surge in the gold price was limited, due to disappointment over what was considered regarding the U.S. interest-rate cut. 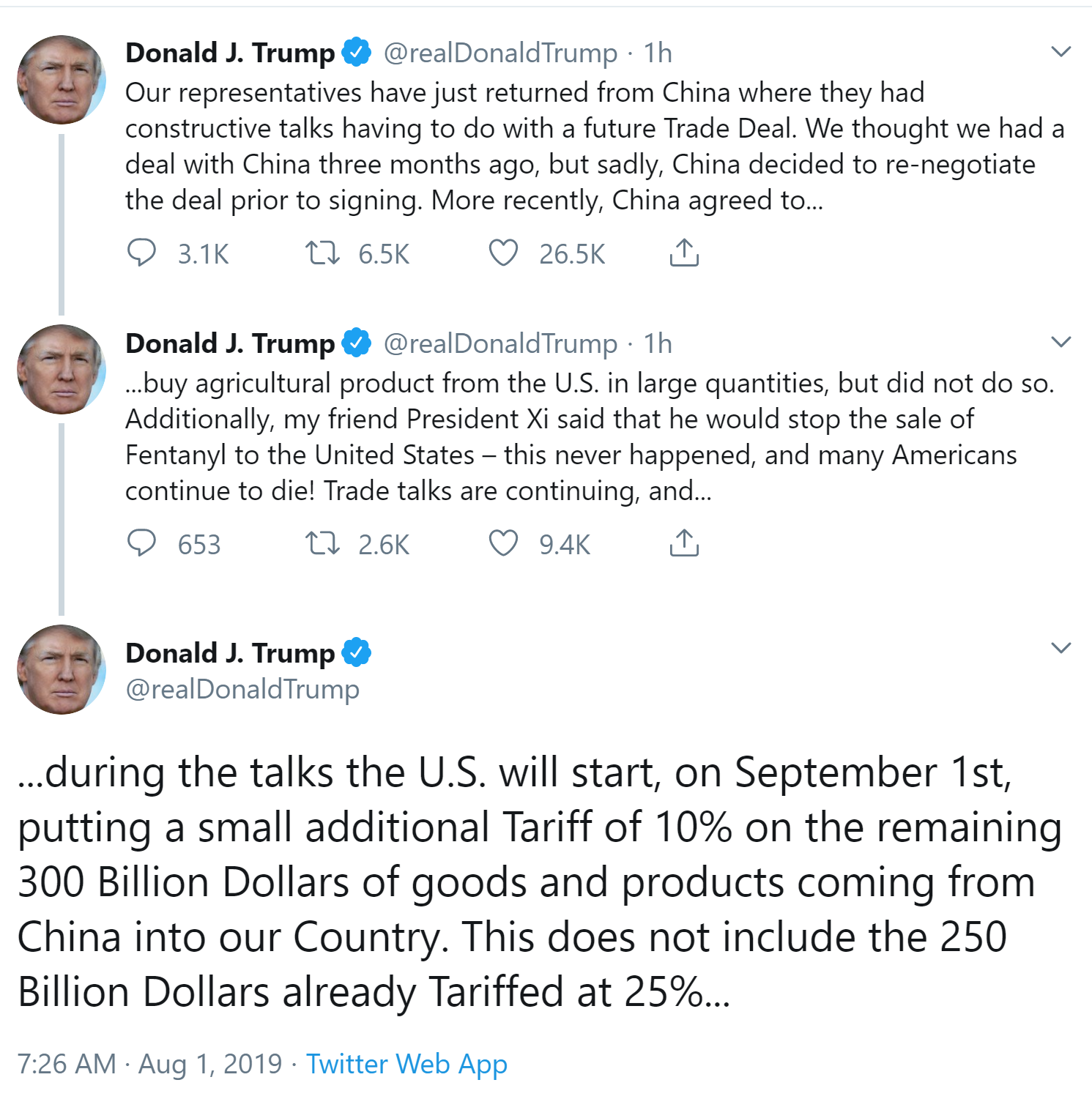 On the flip side, Chairman Jerome Powell’s comments that the rate cut which is delivered on Thursday was the way of adjustment policy, traders were disappointed because they were expecting a more aggressive rate cut.

Having witnessed two months of volatile employment numbers from the US, the NFP is returning to the long-term averages with 164K forecast. Also, the Average Hourly Earnings (YoY) can increase to 3.2% from 3.1% while no change is expected from the Unemployment Rate of 3.7%.

Speaking of technicals, gold is facing strong support around 1,433 and resistance at 1,450.

On the upside, our target for gold remains at $1480. It’s based on a .618 % Fibonacci extension of the major rally which began at the end of May, till the end of June when precious metal gold pricing encountered resistance at $1448 per ounce. The previous resistance of $1432 should now become support for gold pricing.